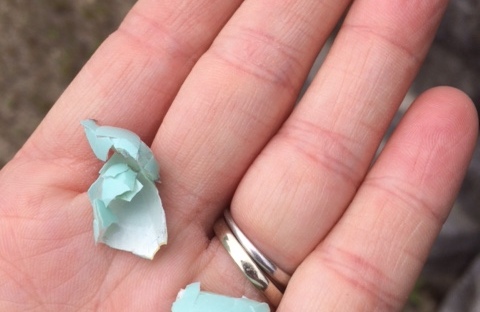 Kev and I were walking on the bike path, and although he’s the one with terminal cancer, I was the one complaining how rotten I felt. I wasn’t writing enough, achieving enough, making enough money. And worst of all, I’d gained weight. The horror! Kev wasn’t totally off-base in invoking “mommy blogs” as manufacturers of discontent. The culture of keeping up with the Joneses is ever more elevated by the cult of Pinterest-perfection, poisonous clickbait, and curating our “Fakebook” lives. He was telling me I cared too much what other people thought. And he was right.

The culture of “mommy blogging” (tho let’s acknowledge how poor that term is) does give us a few things that are truly valuable, one of which is that the space of caregiving is seen and the voices of caregivers are heard. At a birthday party last weekend, a grandmother who is raising her preschool-aged granddaughter had me bristling when she said she “couldn’t understand” parents who “say bad things about their children” on Facebook. What things, I wanted to know. You know, like posting pictures of terrible messes they’d made, or saying how frustrated you were with them. They were going to grow up and see all that negative stuff about themselves, she said. “We need to think about the children,” she said. And sure, she’s part right too.

But we’re always thinking about the children.

We need a place where we can vent, kvetch, engage in a collective eyeroll, and also take down the notion that if your life’s a mess, you’re doing it wrong. Facebook has been a place for us to do that. We don’t live in the Bronx of Grace Paley’s day, where the kids could roam the streets, grab a snack from anyone’s kitchen, and a mother needing a cup of tea from a compassionate neighbor could find one down the hall. I’m living far from my parents and sisters, and my college and graduate school pals are dispersed around the country. The demands of two-income families mean I don’t even see my marvelous  tribe of local mothers very often. Hence Facebook. I can’t yet cede that space to some future need for my offspring. I need that space. I need the benefit of the doubt, the acknowledgement of imperfection and messiness and difficulty of parenting and thinking and art-making and living. Being seen is a great gift we can give to each other. So I’ll cross my fingers and hope later that delete really means delete.

The dog pulled me along the path ahead of Kev, chasing a chipmunk. I wanted to explain my restlessness, my urgency to make changes in my life. “I just want to feel like I’m making progress,” I whined to Kev.

“Progress toward what? How can you make progress if you don’t know what you’re trying to move towards?” he countered.

I thought then about the needs I was bouncing between: self-acceptance and self-improvement. We want to feel better and we want to be better. But which comes first, the chicken or the egg?

I didn’t always thirst for change. We had a hard couple of years when J was in cancer treatment, Stella was a sleepless newborn, and J had a scary period of unemployment. Last night on our date night J reminded me of a particular weekend four years ago:  Kev collapsed onstage at their rock show. J resuscitated Kev, stayed much of the night with him at the ER, then got up at 6 the next morning, took his last chemotherapy dose (hopefully his last ever, knock wood), and worked an all-day event for his job. I was stunned even by the retelling of these feats of stamina. “I think I’ve compartmentalized a lot of that,” I said to J. He nodded. People contort themselves into all kinds of positions for their many roles, and for many kinds of love.

When things finally stabilized after all that turmoil, we were so thankful to still be clinging to the life raft that there wasn’t a chance in hell we would rock it.  When change came to me a year ago in the form of job loss, I was terrified at first. But as I moved forward into it (this time, it must be said, with a financial safety net–let’s not pretend that doesn’t make a huge difference), I found joy both in picking up old threads and in launching myself into learning new things. Change was enlivening. But it’s life, now, isn’t it? Fits and starts. Weather.

As Kev and I were talking and walking along the path I saw a large robin’s egg shell and picked it up. It was an amazingly well-preserved, uncracked piece, a smooth, blue, beautiful thing. I thought of the girls immediately and wanted to share it with them. I put it gently into my jacket pocket. Later I forgot, and shoved my phone in there, smashing it to bits. Nothing to show.

I write about food, parenting, comfort, crisis, books, artists and makers, feminism, and indie publishing, among other things.